Native fauna are making a return to the Reserves after considerable revegetation efforts have created various habitats suitable for a growing number of bird, mammal, reptile, and amphibian species.

Early explorers such as Major Mitchell commented on the broad expanses of kangaroo (Themeda sp.) grass on the volcanic plain, and kangaroos had been plentiful on the Reserve in the late 19th century. Native cats (quolls) had been noted in plague proportions, and even wombats (now extinct in western Victoria) were sighted on the scoria cones.

Explore the Reserves and take the time to look into the sky, observe closely amongst the trees, watch between grasses and gravel, and listen carefully to the sights and sounds of the fauna of the Reserves.

Below are pictures of some of the  birds, mammals, reptiles & nocturnal creatures that abound in the reserve. 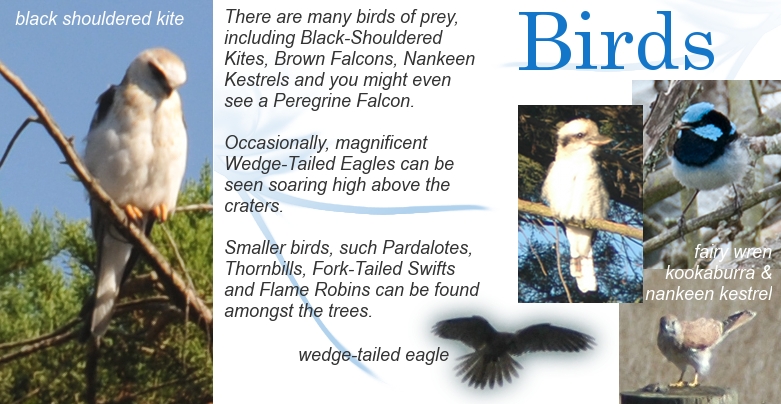 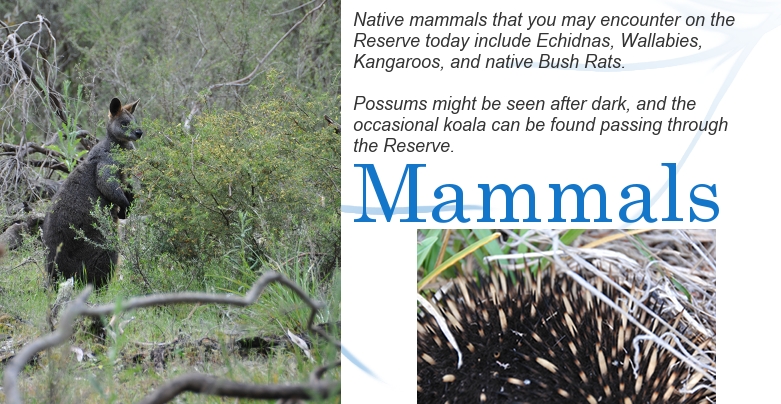 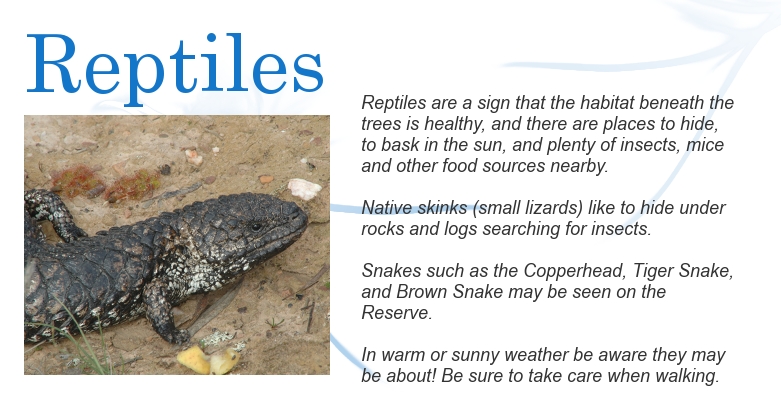 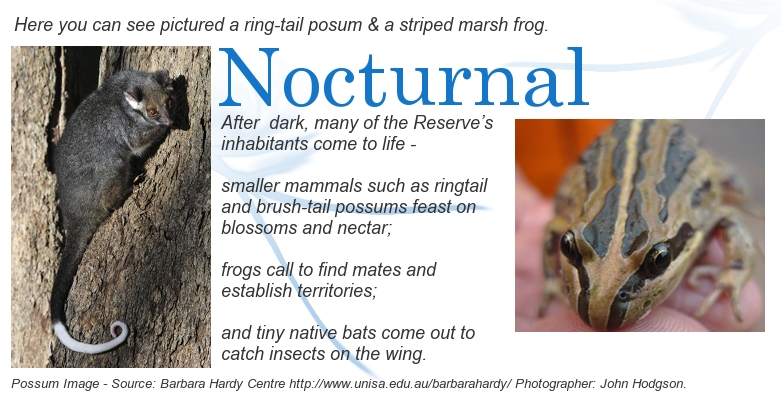